Pool
Add to Favorites Remove from favourites Send to a friend PDF/Print
1.980.000€ Notify me of price drop 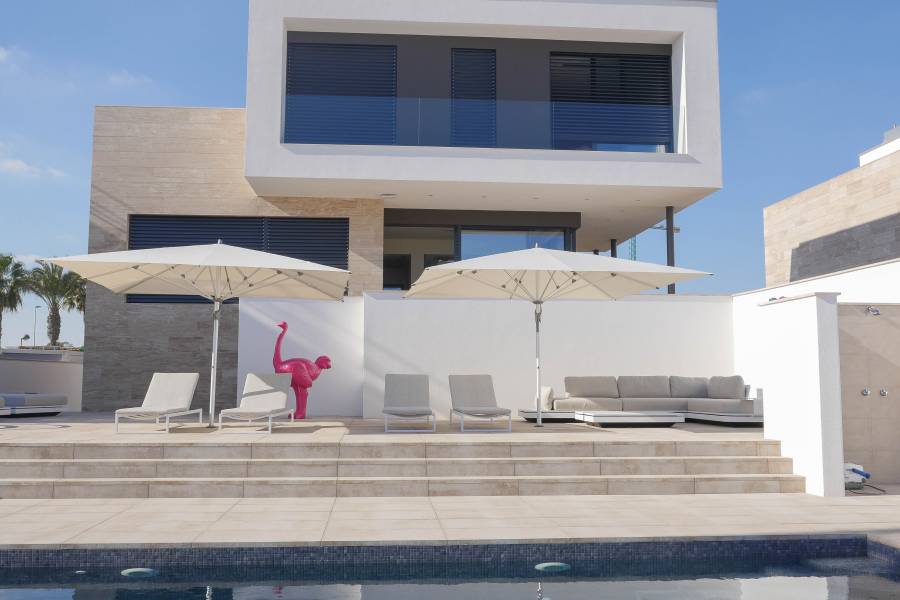 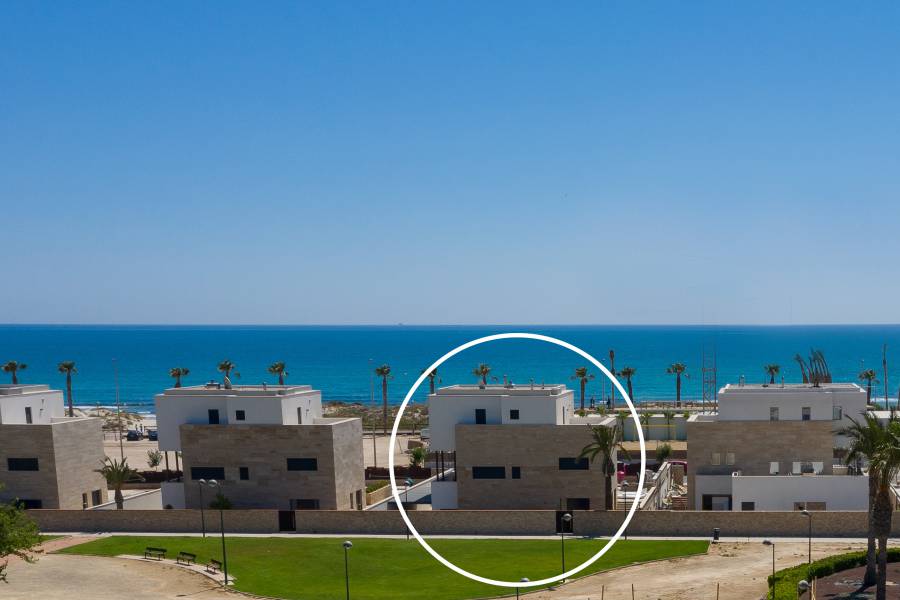 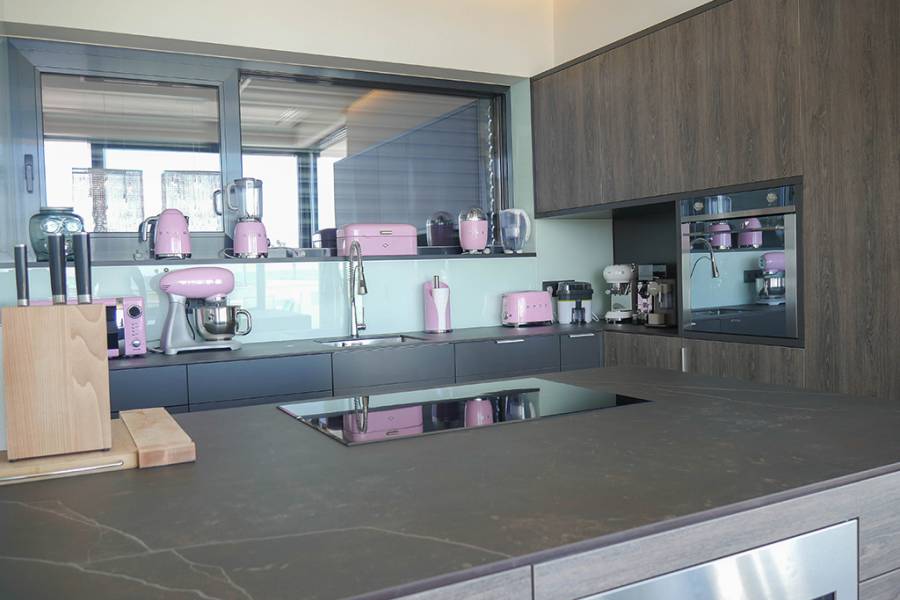 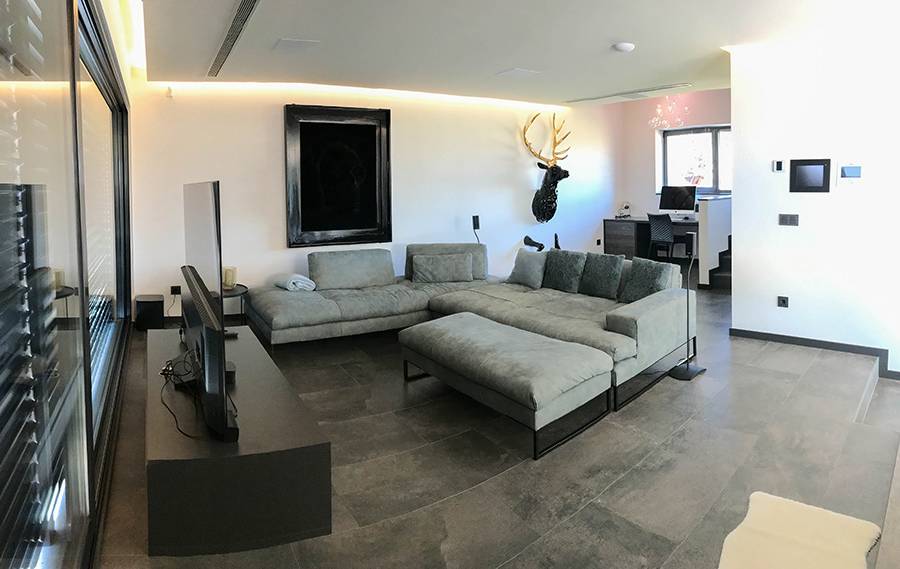 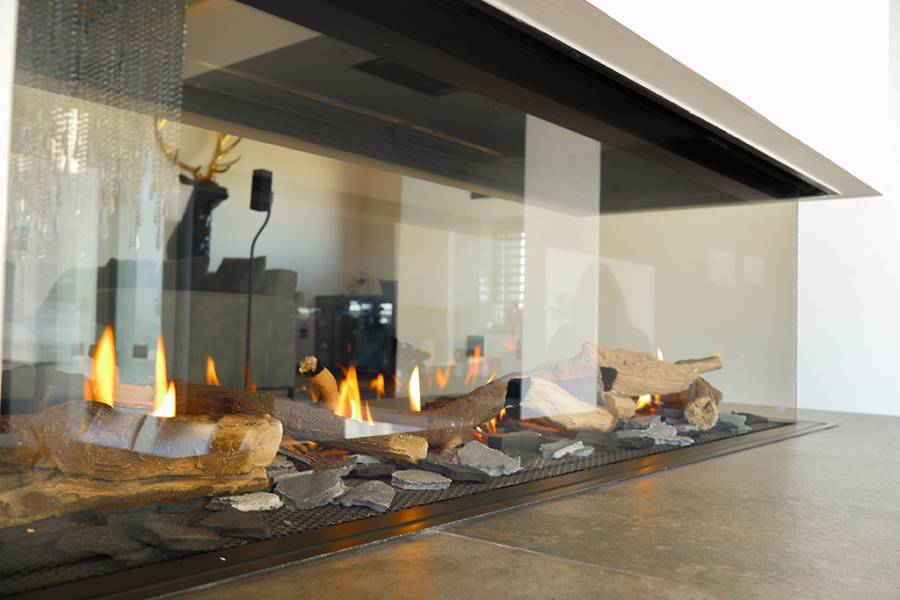 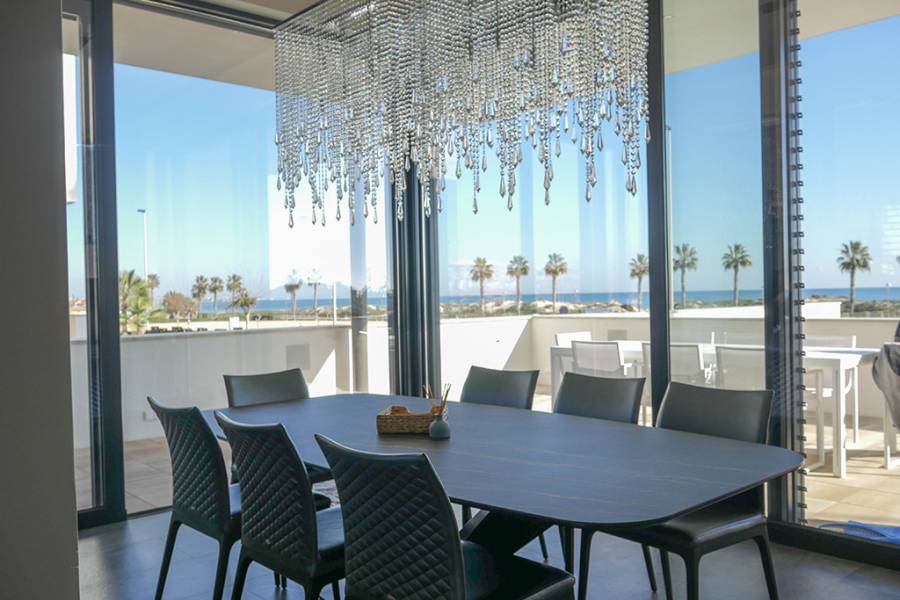 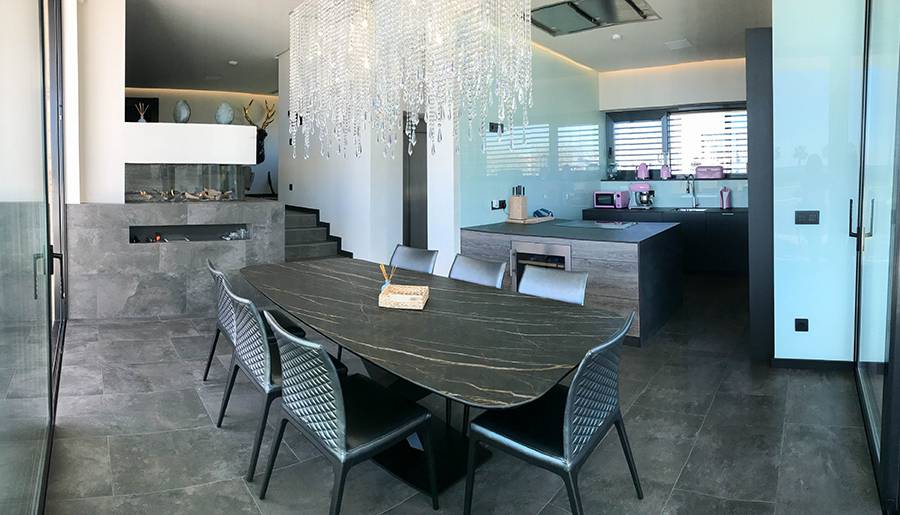 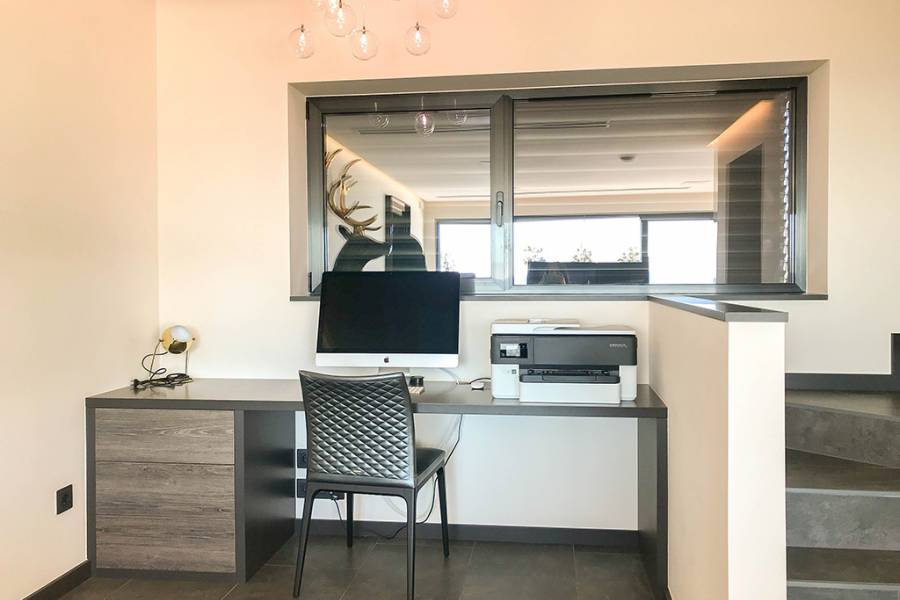 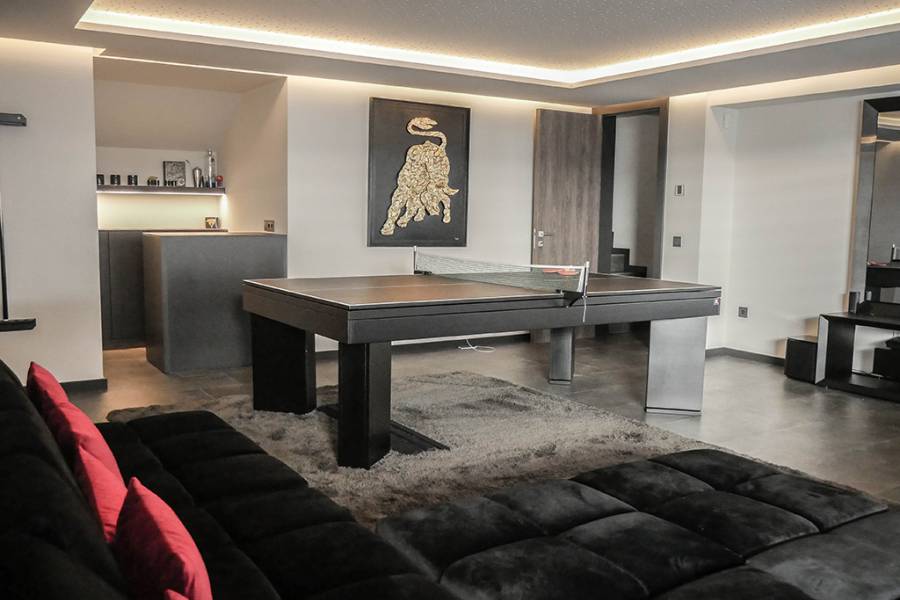 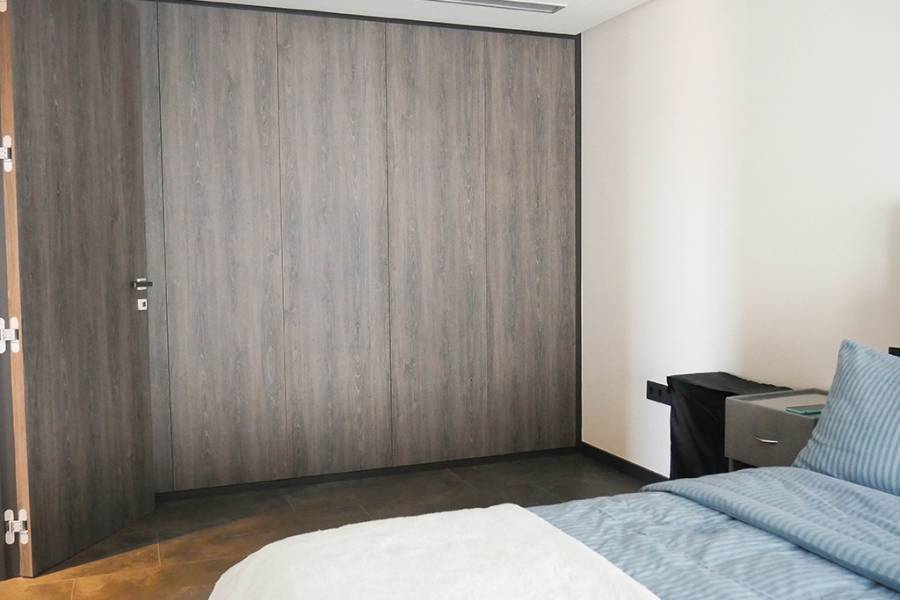 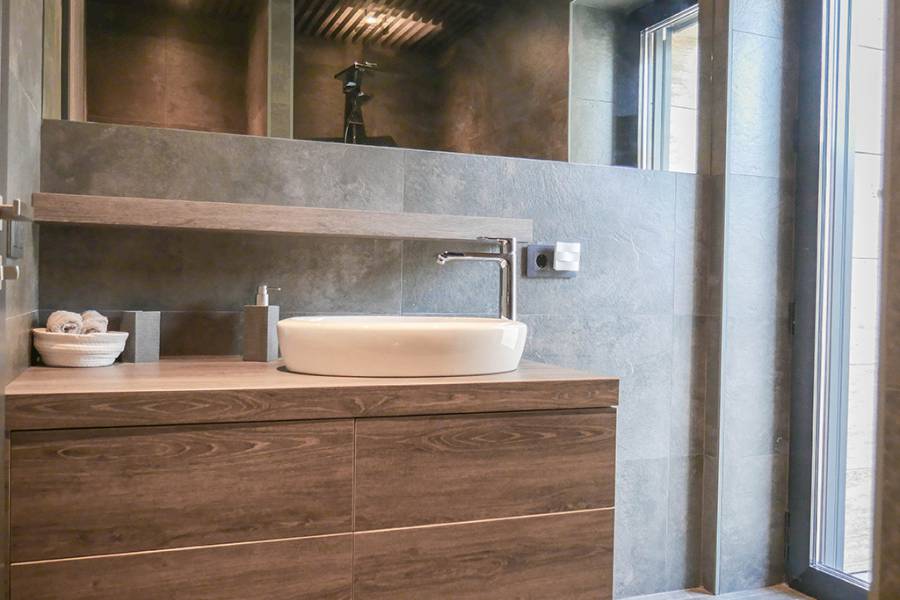 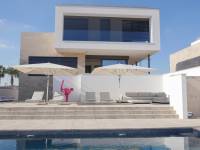 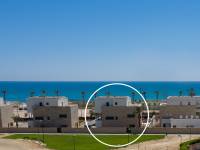 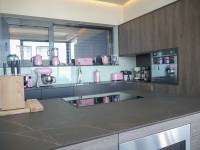 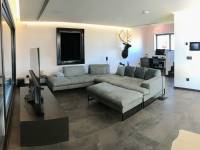 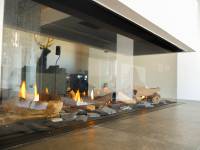 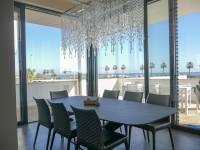 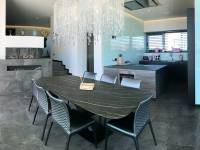 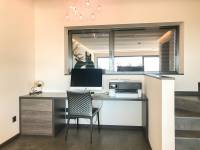 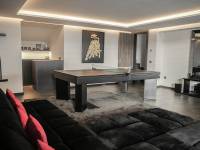 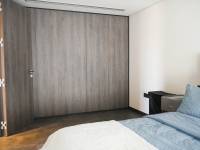 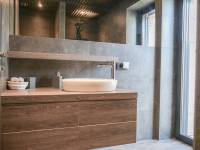 Luxury beachfront Villa at LAS HIGUERICAS BEACH, TORRE DE LA HORADADA, ALICANTE. The villa is built on a plot of 717´75 m2, and has 3 bedrooms with panoramic views to the Mediterranean Sea, 3 finished bathrooms, two of them en-suite. The master bedroom has an en-suite finished bathroom with a shower and bath. The villa also has a fully fitted kitchen with appliances of the brand SMEG, a living room with a wine cooler and an electric chimney, furthermore, the kitchen and living room have large windows with views to the outside and direct access to the garden. In addition it has, among other amenities, heating, air conditioning, elevator with fivestops, security door with access code, a Jacuzzi, a heated 14x5m salt water swimming pool with high pressure water to swim against and with a protective cover, a large garden-fully finished, mechanised access doors, a cinema and games room with a sound bar. The Villa also has a domotica system, audio system in the entire area including the garden, anti-burglary blinds, a large washing area and a pergola fitting two cars. The villa is located just 100m from Las Higuericas Beach, in Torre de la Horadada, a paradise in all senses, where you can enjoy the coastline, the immensity of the Mediterranean sea, the promenade, take refreshing baths in the sea, water sports, sailing, surfing, snorkeling... 5 minutes from Torre de la Horadada's port and 10 minutes from San Pedro del Pinatar's port and Restaurants where you can enjoy the best Mediterranean gastronomy. Do not forget the proximity of the AP7 Motorway that connects this residential with two airports with international destinations, 44km from Corvera, Murcia and 75km from Altet, Alicante. The nearest town to the area where the promotion is located is Pilar de la Horadada, 1km away, a quiet village that has all kind of services, schools, health centers, police, pharmacies, etc. There are also two shopping areas, Dos Mares shopping center in San Javier, 5 minutes by car and La Zenia Boulevard, in Orihuela Costa 15 minutes by car. The best golf course standing out among the other 21 on the Costa Blanca are the prestigious LoRomero Golf (awarded with Golfers' Choice 2018 by Leading Courses®), which is only 8km away. The price of this villa is 1.980.000 € (VAT not included) The price of this villa including all the furniture is 2.180.000€ (VAT not included) 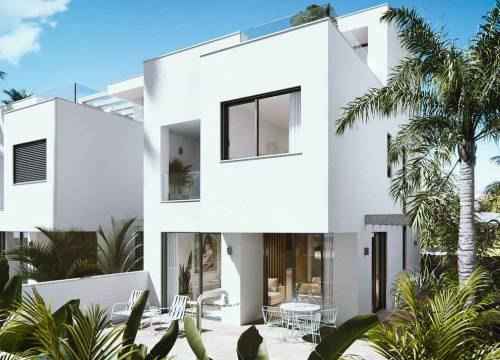 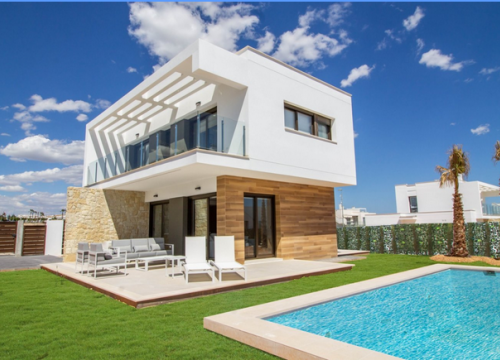